The French are defeated by the British in 1760 and formally cede New France, including its forts in the Ohio Valley and western Great Lakes, in 1763. The British are now the sole colonial power in eastern North America. The Mississaugas of the Credit have lost their long-time colonial ally. No longer can they or the Haudenosaunee defend their interests and lands by playing colonial powers off against each other. The terrain for alliances is profoundly altered.

The Mississauga still control the Toronto Carrying-Place Trail, which gives them access to the best furs from their allies in the Western Alliance or Confederacy. This alliance consists of roughly a dozen nations from the Great Lakes region who were formerly allied with the French, including the Wyandot, the Three Fires Confederacy (Ojibwe, Odaawaa, Potowatomi), the Delaware/Lenni Lenape, and the Shawnee of the Ohio Valley. Members of the Western Alliance are concerned about British incursions into Indigenous Territory – especially the British takeover of former French forts in the Ohio Valley – because they know that wherever the British go, settlers inevitably follow. This insatiable land hunger is in contrast to their experience with the French, who largely restricted their settlements to the St. Lawrence Valley or small areas around forts and respected Indigenous jurisdiction over territories elsewhere – if only because widespread settlement would have impeded the fur trade. 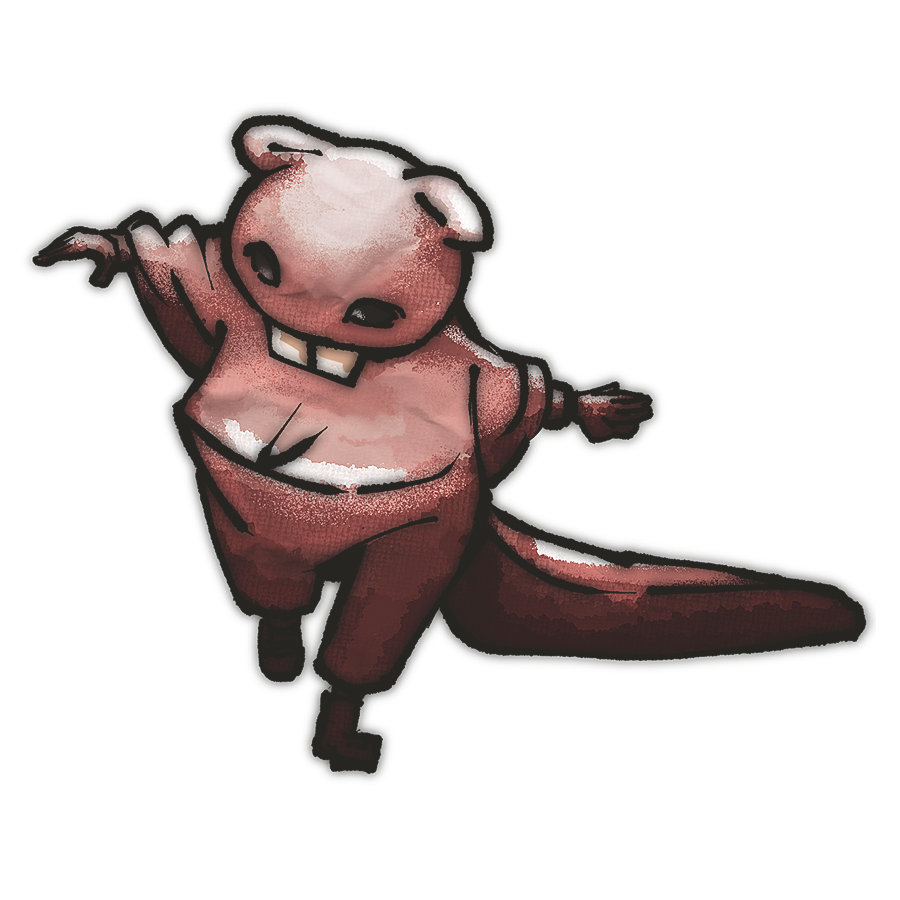 Activity: Part with Them to None

Theatricalize with voice and text.

Use Minwewe’s speech to warm up vocally. Speak through the text, emphasizing the consonants in the words. Chew the words and phrases, twisting and punctuating the sounds. Get overly dramatic and choose how threatening you want to be in the face of British actions that threaten your sovereignty over your territory.

Englishman, although you have conquered the French, you have not yet conquered us! We are not your slaves. These lakes, these woods and mountains, were left to us by our ancestors. They are our inheritance; and we will part with them to none. Your nation supposes that we, like the white people, cannot live without bread – and pork – and beef! But, you ought to know, that He, the Great Spirit and Master of Life, has provided food for us, in these spacious lakes, and on these woody mountains . . .

Englishman, your king has never sent us any presents, nor entered into any treaty with us, wherefore he and we are still at war; and, until he does these things, we must consider that we have no other father, nor friend, among the white men, than the king of France.

In 1763, Odaawaa War Chief Pontiac/Obwandiyag and Seneca leader Gayasuta/Kayahsotaʔ inspire and lead an anti-British military alliance of Indigenous nations. Pontiac travels with Delaware prophet Neolin across the Great Lakes and Ohio Valley region gathering allies to drive out all settlers and soldiers from Indigenous Territories.

If you suffer the English among you, you are dead men. Sickness, smallpox, and their poison [alcohol] will destroy you entirely.

It is important for us, my brothers, that we exterminate from our lands this nation which seeks only to destroy us. You see as well as I do that we can no longer supply our needs, as we have done from our brothers, the French. Their goods do not last . . . They do not want to give us any credit . . . I ask for anything for our sick, he refuses with the reply that he has no use for us. From all this you can well see that they are seeking our ruin. Therefore, my brothers, we must all swear their destruction and wait no longer . . . They are few in numbers, and we can accomplish it.

British arrogance and heavy-handedness aggravate relations not only with France’s former allies, including the Anishinaabek, but also with their Covenant Chain partners, the Haudenosaunee. Indigenous Territories south of Lake Ontario are shrinking because of British squatters and problematic land sales, and the resulting Haudenosaunee expansion westward in the Ohio Valley is threatened by British expansion into the same territory. Deputy Indian agent George Croghan reports:

The Six Nations look on themselves to be ill treated by the English General [Amherst], and in particular the Senecas . . . say since the English has conquered the french they insult the Senecas, and won’t let them travel thro’ their own Country . . . Traders are not suffered to go amongst them, powder and lead is prohibited being sold to them, and the General is giving away their Country to be settled, which the King of England promised to secure for their use, these steps they say appears to them as if the English had a mind to cut them off the face of the earth.

When Pontiac’s War breaks out, Chief Wabbicommicot again attempts to broker peace, but some Mississauga join Pontiac’s call to arms. A large group of Seneca and most Ojibwe and Odaawaa are part of the resistance intent on driving the British out of the Ohio Valley and western Great Lakes region. Fourteen British forts are attacked by Pontiac’s forces. At least eight are destroyed, and hundreds of settlers and soldiers are killed. Pontiac’s War is proof that British sovereignty cannot be imposed militarily. In an attempt to counteract growing unrest, King George III issues the Royal Proclamation of 1763 so “that the Indians may be convinced of our justice, and determined resolution to remove all reasonable cause of discontent.”

Convey the meaning of the Royal Proclamation by simplifying its complex language.

It is hard to tell people what to do. Take the following excerpt from the Royal Proclamation of 1763 and translate it into a direct instruction from the King to his resistant subjects. Summarize the new rules in your own way. Be firm and clear in your directions. Does your simplification leave any details out?

EXCERPT FROM THE ROYAL PROCLAMATION

And whereas it is just and reasonable, and essential to Our Interest and the Security of Our Colonies, that the several Nations or Tribes of Indians, with whom We are connected, and who live under Our Protection, should not be molested or disturbed in the Possession of such Parts of Our Dominions and Territories as, not having been ceded to, or purchased by Us, are reserved to them or any of them, as their Hunting Grounds...

And we do further declare it to be Our Royal Will and Pleasure, for the present as aforesaid, to reserve under Our Sovereignty, Protection, and Dominion, for the Use of the said Indians, all the Lands and Territories not included within the Limits of Our said Three New Governments, or within the Limits of the Territory granted to the Hudson’s Bay Company, as also the Lands and Territories lying to the Westward of the Sources of the Rivers which fall into the Sea from the West and North West, as aforesaid...

And we do further strictly enjoin and require all Persons whatever, who have either willfully or inadvertently seated themselves upon any Lands... not having been ceded or purchased by Us, are still reserved to the said Indians as aforesaid, forthwith to remove themselves from such Settlements.

And whereas great Frauds and Abuses have been committed in the purchasing Lands of the Indians, to the great Prejudice of Our Interests, and to the great Dissatisfaction of said Indians; in order therefore to prevent such Irregularities for the future, and to the End that the Indians may be convinced of our Justice, and determined Resolution to remove all reasonable Cause of Discontent...

No private Person... to make any Purchase from the said Indians of any Lands reserved to the
said Indians... but... if, at any Time, any of the Said Indians should be inclined to dispose of the said Lands, that same shall be purchased only
for Us, in Our Name, at some public Meeting or Assembly of the said Indians to be held for that Purpose by the Governor or Commander in Chief of Our Colonies...

The Trade with the said Indians shall be free and open to all our Subjects whatever; provided that every Person... do take out a License for carrying on such Trade...

Given at our Court at St. James’s, the Seventh Day of October, One thousand seven hundred and sixty three, in the Third Year of Our Reign. God Save the King.

The Royal Proclamation formalizes a relationship – on paper and in English – with Indigenous nations. It promises to protect Indigenous Peoples from land “frauds and abuses,” a major grievance, and sets up rules for settlers who have “willfully or inadvertently seated themselves upon any [Indigenous] Lands.”

However, the protections the Proclamation offers are slippery and two-faced. On the one hand, the Proclamation sets aside “Indian territory,” a massive area of land (that includes the Toronto area) in which British settlement is prohibited – “for the present.” It recognizes Indigenous Title to lands not yet ceded or purchased by the Crown by establishing a process to extinguish it. Significantly, land surrenders will happen only through treaty, and only with the Crown. (The resentment of many settlers in the thirteen British colonies south of the Great Lakes toward these curbs on their land grabs helps to fuel the American War of Independence against the British thirteen years later.)

The Royal Proclamation sets up the Crown as the protector of Indigenous Peoples (later, officials will speak of Queen Victoria as protecting her “red children” from unscrupulous “white children”). In the future, Indigenous nations will hold up the Proclamation as proof of the government’s duty to protect and will demand that Canada respect its own laws, recognize Indigenous Title, and follow due process for land cessions and treaty making. However, the Proclamation, also gives the Crown a monopoly on land purchases and, with it, the power to set rock-bottom prices. It asserts underlying title (land ownership) and Crown sovereignty over all territories newly “acquired” from the French, including Indigenous ones, giving British law and governance ultimate priority. These assertions and the Crown’s paternalistic claim to set the limits of Indigenous sovereignty become the legal foundation of Britain’s and Canada’s relationship with Indigenous Peoples – the DNA of Canada’s Indian policy.

On the Royal Proclamation

A royal edict, issued in English an ocean away, proves insufficient to reassure Indigenous nations of Britain’s intentions. What is needed is the restoration of diplomacy between nations on terms that Indigenous Peoples recognize and respect.

Peace Between Nations
The 1764 Treaty of Niagara